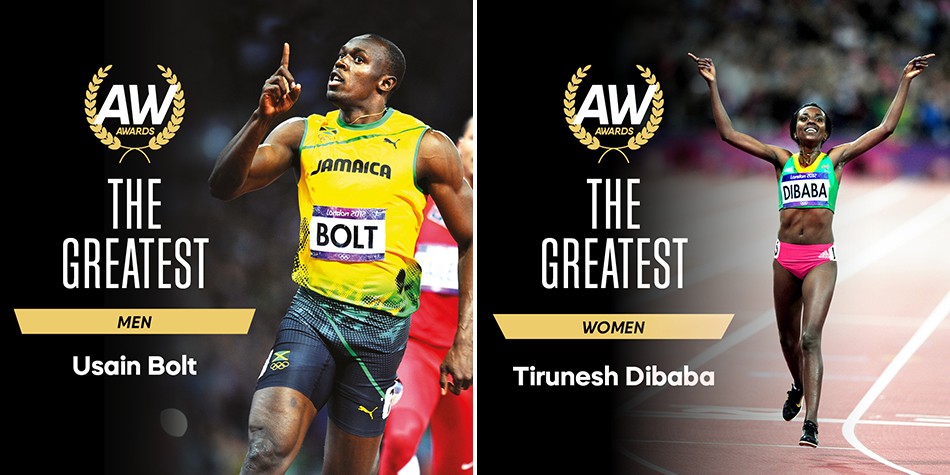 How do you define ‘The Greatest’? The most gold medals, world records and memorable moments?

When it comes to the best in athletics from the past 75 years, AW readers define ‘The Greatest’ as being a certain Usain Bolt and Tirunesh Dibaba.

Our December magazine marks the publication’s diamond anniversary and to help us commemorate the occasion we asked our readers to vote for the top male and female athletes to have graced the sport since 1945.

There was little doubt over the identity of the winners, with Jamaica’s sprint star Bolt and Ethiopia’s distance running great Dibaba claiming clear victories.

There is perhaps little surprise in that Bolt is a winner yet again.

“I don’t think any athlete, any sportsman or woman since Muhammad Ali has captured the public imagination and propelled their sport as quickly and as far as Usain Bolt has,” World Athletics president Seb Coe once said of the sprinting superstar.

For the women, Dibaba has also enjoyed a number of highlights during what has been a distinguished distance running career.