By: Mustafa Omer
Mustafa Omer is the President of the Somali Regional State in Ethiopia.

The Tigray People Liberation Front (TPLF) is at the heart of an ongoing bloody conflict with the federal government of Ethiopia. 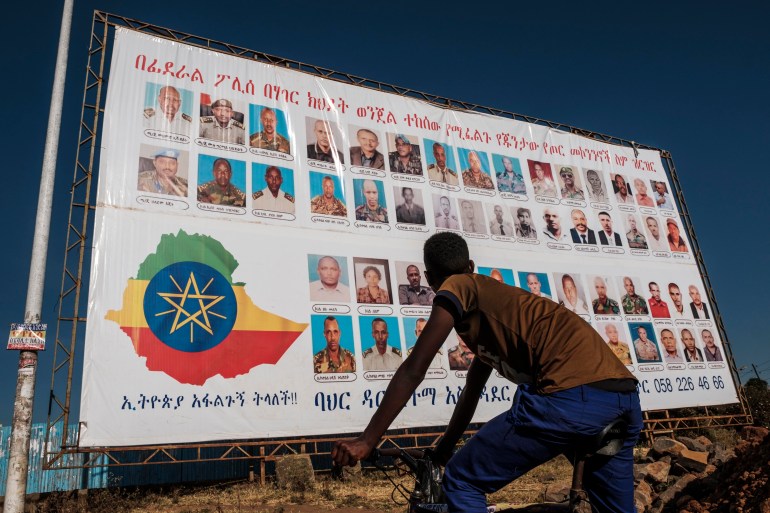 The TPLF was established in the Tigray-majority region of Ethiopia in the 1970s as one of the many rebel groups fighting for freedom from Ethiopian imperial rule. The Tigray community, at that time, was marginalised by the feudal system. After the military overthrow of the imperial government, the front, like others, fought the newly established communist military government.

Along the way, the TPLF developed its elaborate ideology, combining ultra-nationalism and ethnic pride with a sense of victimisation, especially directed at the feudal Amhara elite and the communists. It propagates the divisive idea of “us vs them” – that the Tigray people are surrounded by enemies and only the TPLF can ensure their protection and survival.

After the party came to power in 1991 within the coalition of the Ethiopian People’s Revolutionary Democratic Front (EPRDF), this hostile narrative did not go away and, in fact, took on an even broader scope. The Tigray Regional State came under TPLF control, which allowed the party to promote its harmful ideology among the whole Tigray population of Ethiopia undisturbed.

The TPLF also took control of the centre of power in Addis Ababa, when its head, Meles Zenawi, became Ethiopia’s president in 1991, remaining in power up until his death in 2012. It was under his leadership that the EPRDF propagated the spurious idea that the Ethiopian population consisted of ethnic groups with irreconcilable differences, denying the reality that the Ethiopian society is a multiethnic one, united by ties of intermarriage, trade, religion, and culture.

By promoting this divisive narrative, the EPRDF sought to present itself as the saviour and guarantor of ethnic peace in Ethiopia, which would descend into conflict and chaos without its leadership. State media frequently and boldly stated that it is “EPRDF or Interahamwe” – referring to the Hutu paramilitary organisation that committed the genocide in Rwanda. This was meant to remind the public that this could happen in Ethiopia and “the possibility of falling apart” was real if people were to demand their rights and freedoms.

For more than 20 years, Zenawi held near-total control over the country, ensuring the TPLF’s dominance within the EPRDF. But in 2018, several years after his death, under the pressure of years of social and political upheaval, change finally came to Ethiopia.

The TPLF lost power in Addis Ababa and the EPRDF was disbanded a year later. While the rest of the country embraced a new horizon, the TPLF retained its old divisive ideology and even took it further.

Its exclusionary mythology gave birth to the far-right “Agazian” movement, an incipient movement that seeks to create a Tigray homeland by uniting Christian Tigrigna-speaking people in Ethiopia and Eritrea. It is driven by those who see themselves as the successors of the ancient Axumite kingdom and dream of reviving it.

TPLF’s toxic ideology has also played out on the national political scene. As the Prosperity Party, which Prime Minister Abiy Ahmed created in 2019, has sought to push forward with important political and socioeconomic reforms, the TLPF has sought to present them as an attack on their ranks or even on the entire Tigrayan people.

Barely a day passes without the TPLF-affiliated Tigray Regional TV and other media outlets airing war documentaries and footage from the guerrilla wars of the 1980s. The objective is to preoccupy the Tigrayan people with a feeling of being under siege.

After it lost power at the centre, the TPLF did everything possible to subvert the reform agenda of the Ethiopian prime minister. It organised an illegal election, sponsored violent groups to disrupt peace in different parts of the country, and finally ordered its forces to attack the Northern Command of the Ethiopian Army. This is why the federal government finds itself in a predicament at this moment.

As a result, the Ethiopian government is now facing the difficult task of re-establishing the rule of law in the Tigray Regional State and ensuring the safety and wellbeing of all its residents.

The ideology of the TPLF clique has long spread divisiveness and hostility to the detriment of the Tigrayan people and the people of Ethiopia at large. But a new generation of Ethiopians has decided to reject ethnic extremism and conflict and embrace progress and peace. A party like TPLF which lags behind times and does not learn from its mistakes is, at last, harvesting bitter fruits.